As we are traveling through the Midwest, I am amazed at the "amber waves of grain" that cover these states. Corn, soybeans, wheat - everywhere. We live in a beautiful, great nation that has truly been blessed by God. I would be willing to bet that most of the very hard-working farmers throughout this area don't agree with the things this administration is doing. I know that many of the farmers in Louisiana don't!!

Go to Catahoula Life (http://www.catahoulalife.com/) for a great article by my first cousin Alma Womack on this same subject. She really lays it out for us.

Do what's right for our children and grandchildren - get rid of the liberals and get conservatives in office who will cut the size of government and cut these huge deficits. They put us in bondage to foreign countries and will drag us down. The United States of America is the greatest nation the world has ever seen, and has done more good in lifting and defending others than ony nation in history. It's worth defending and restoring.
Posted by PapaJeff at 6:19 AM No comments:

My 57th birthday was a couple of days ago. Wow, where has the time gone? I mean, I'll be 60 in just 3 years and I don't feel like I've really "Done" anything. Strange. The oddest thing (and I've verified the feeling with a number of my friends) is that mentally I still feel like I'm 20 or so. I just can't quite do the same things:).

Bottom line, I'm having a ball and love the blessings I have received.
Posted by PapaJeff at 8:41 PM No comments:

Memorial Day commemorates those men and women who gave their lives in the service of our nation.

May they rest in peace, may God give their families comfort, and may the people of our nation never forget the sacrifice they made so that we can enjoy the greatest freedom and nation ever known.
Posted by PapaJeff at 8:42 PM No comments:

2009 was pretty good, and 2010 promises to be even better. Being retired from the Army is good on several levels. First, I like that monthly check:). It's nice to have that security. Not having to go to drill or worry about being deployed is pretty cool, too. I hope to be able to do some traveling this year (and not just to cake shows) to see more of this great country. I feel like our business (DeseretDesigns) will do even better this year.

Is once a month often enough to post? Or is that too much information?
Posted by PapaJeff at 6:57 PM 2 comments:

We had a great McClure family reunion this weekend. We met Saturday at Block High School in Jonesville, and some of us got together today up in Stonewall, LA to visit with Aunt Estelle, Aunt Rena, and her daughter Robin. A good time was had by all.

Aunt Rena told us that Aunt Inge, Uncle Sam's widow, had passed away over a year ago. A friend of hers contacted Aunt Rena and was able to send her some of his military memorabilia. He died of a heart attack in December of 1973 while serving as a Battalion Command Sergeant Major in Germany. She had, among other things, several of his medals and awards which were mounted in a shadow box (which included a Bronze Star for valor he won during the Korean War), as well as some unit crests and the flag from his casket. He served in the Marines from 1942 - 1946, then served in the Army from 1948 until his death in 1973. Just another part of our heritage.

Another interesting thing she had was a copy of his funeral service. The hymn from the service was "Come Thou Fount of Every Blessing". which I have loved ever since I joined the LDS Church. It was in our "old" hymnbook, but is not in the "new" one, published about 1985. It is an older hymn, but I don't remember who wrote it or when. Several churches have it in their hymnals.

I'll try to include more about the reunion soon.
Posted by PapaJeff at 7:21 PM 1 comment:

School is out, and the kids have no idea what it IS to be glad to be out of school!! Now all I have to do is get that "honey-do" book worked down some....
Posted by PapaJeff at 3:54 PM No comments: 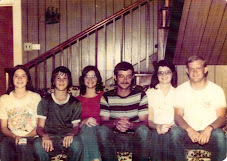 Me and my brothers and sisters at Mama's house. 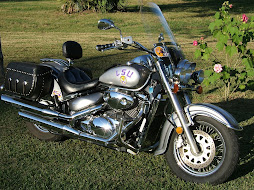 Randy Cassingham's This is True